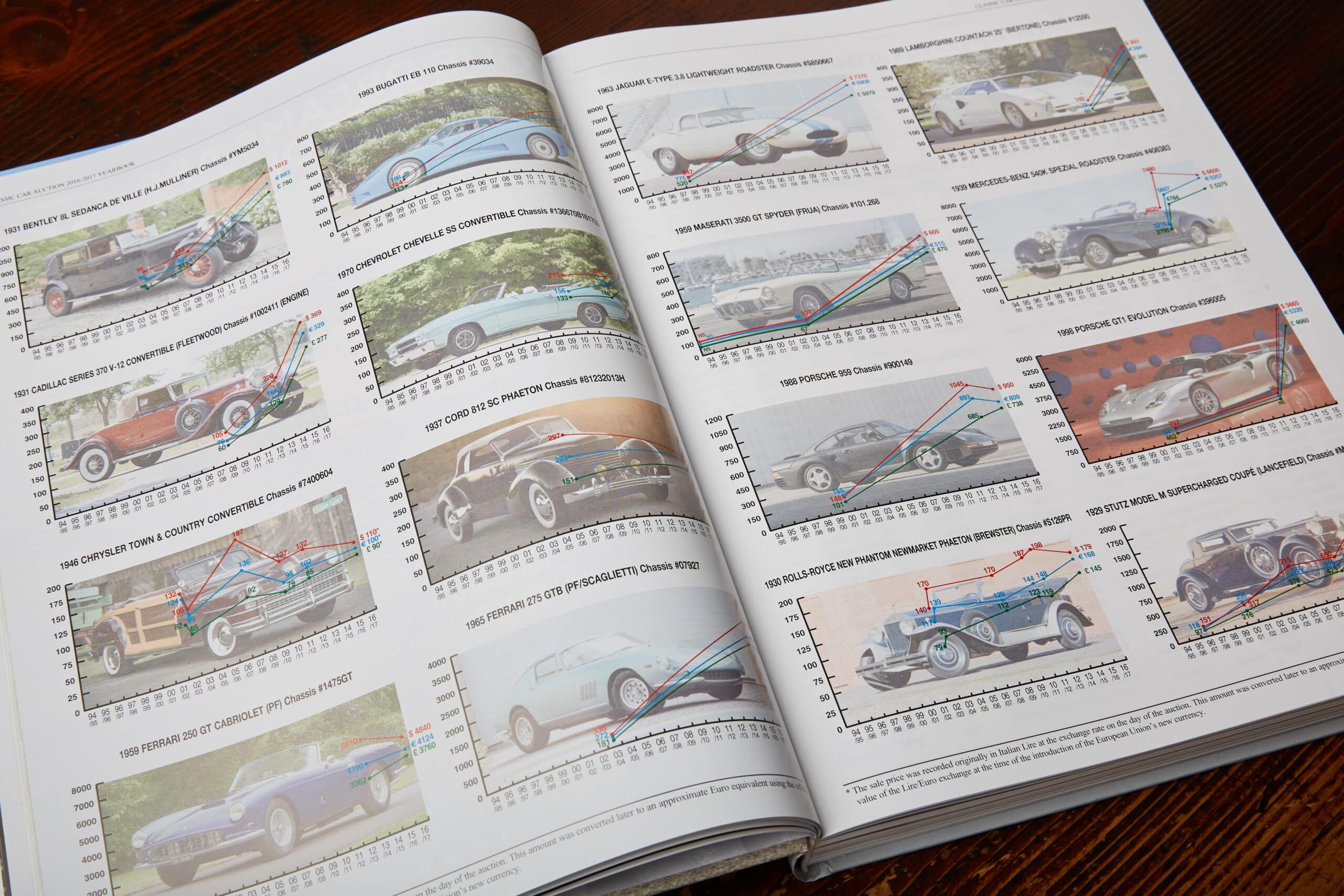 I look forward every year to the new edition of The Classic Car Auction Yearbook.

Many resources take the easy way with a “Top Ten” transactions list and rehash of the auctions with the highest sales.

It’s far more difficult, and insightful, to prowl through the numbers and find important trends.

It’s even more challenging to express those trends in clear-eyed, readable analysis and charts.

Adolfo Orsi and Raffaele Gazzi “get it” with accuracy, thoroughness, lucid observations, intelligent commentary and revealing presentation in the Classic Car Auction Yearbook.

Not surprisingly The Classic Car Auction Yearbook in its September 1, 2016- August 31, 2017 period presents many more selected transactions from non-U.S. auctions than are reported on rickcarey.com. The Yearbook includes transactions from 113 auctions, 59 of them non-U.S. On rickcarey.com there were 56 auctions reported, of which just three were outside the U.S. on-site observed (during Rétromobile) and one described from the catalog (RM Duemila Route), making the Yearbook an unparalleled resource for auction results and succinct descriptions for many marques and models infrequently, if ever, seen in North America.

The 2016-2017 Classic Car Auction Yearbook provides 5,659 transaction summaries of which 4,269 were sold and have final prices, the core of the Yearbook. 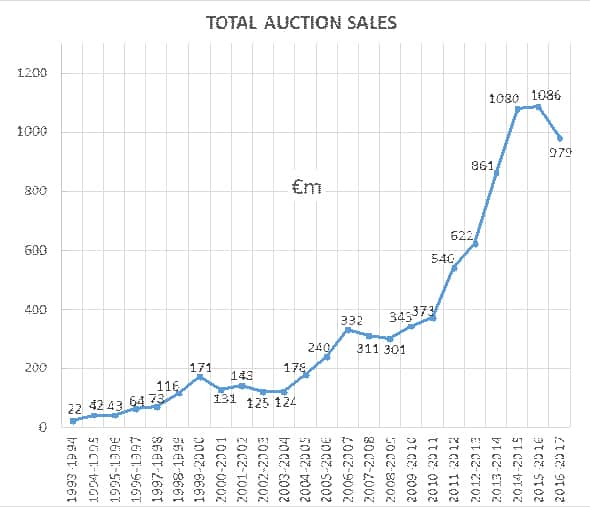 But it is the analysis that flows from the transactions that makes the Yearbook so valuable, even to one such as me who is immersed in the topic.

A prime example is the Yearbook authors’ observation that No Reserve cars soared in 2016-2017. Their acknowledgment that RM Sotheby’s “Duemila Route” no reserve sale in Milan in November 2016 contributed 430 lots to that total with their “Season Case” report on that sale is, like the rest of the Yearbook, intelligent and thoughtful – although we disagree on the total number of car lots by six: I adjusted for reruns of busted transactions. 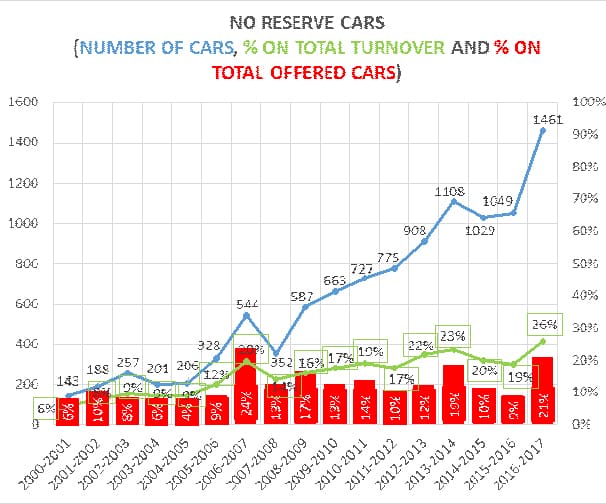 Not surprisingly the Yearbook also has identified a steadily increasing auction consignment component of previously auctioned cars. It’s a natural effect of more historic data and the natural turnover of cars as some collections are disperse and others refine their collections. In the Yearbook’s current edition 20% of the cars reported had prior auction history.

In my larger resource of 22,057 largely U.S. transactions it was a remarkable 31.7%. 196 cars had a history of five or more trips across the block.

The Yearbook also identifies the steadily increasing importance of late model cars. The Yearbook considers cars built since 2000 and in their universe it is 11.9% of the cars reported. In the largely U.S. universe reported here it is a much larger 31.7%. 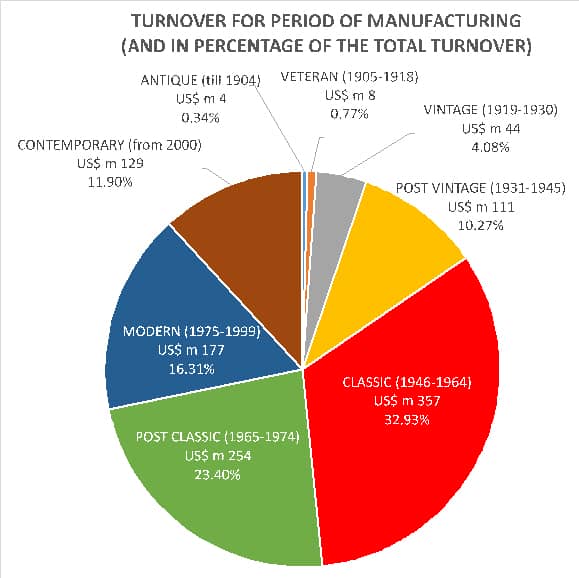 These are just a few of the rewarding topics in the Yearbook. It’s a fascinating and almost never-ending analysis and no one does it, or presents it, better than The Classic Car Auction Yearbook.

It’s a valuable purchase [available from Amazon] before heading to Scottsdale or the February auctions at Rétromobile in Paris.