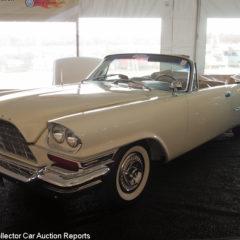 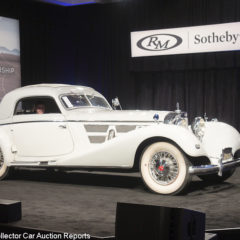 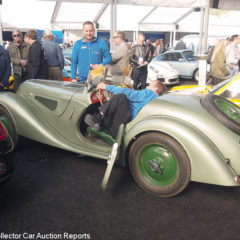 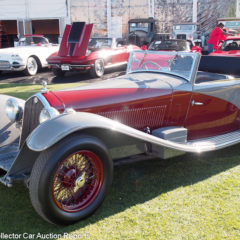 While this belated report on the overall Scottsdale auctions was caused by the proximity of the three Paris auctions it also is an opportunity to put both of them in perspective. The numbers are a good place to start: Year Cars Sold/ Offered Sale % Average Sale Median Sale Total $ Change Exchange Rate Scottsdale […] 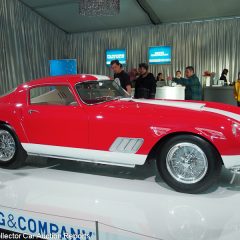 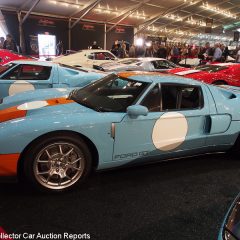 Barrett-Jackson’s annual crowdfest at WestWorld in Scottsdale is amazing, and it seems to grow more amazing every year. The shear masses of people walking through the gates to confront the array of sponsors, vendors and exhibitors – a gauntlet to be run every day just to get to the auction cars – is startling. The […] 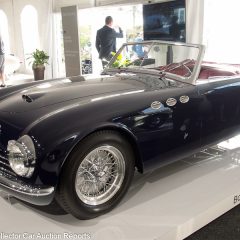 Bonhams assembled an attractive and diverse docket to their Scottsdale auction at the Westin Kierland. There were plenty of lots that even the most jaded onlookers found intriguing and, as the numbers below account, they weren’t for the most part exotic or expensive. But it also proved to foreshadow an issue that would be recounted […] 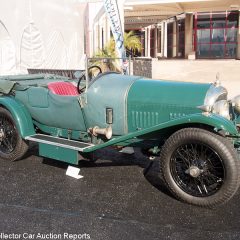 Worldwide Auctioneers brought an unusually varied docket to their Scottsdale auction which kicks off the succession of auctions in parallel with Barrett-Jackson. Older cars were particularly prevalent, both in the sense of their age and in regard to their aged appearance. Barn finds? Absolutely, but also several unrestored or repainted largely original pieces such as […] 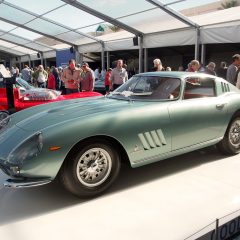 The final results from the “Scottsdale” auctions have finally been published by the auction companies, added to the spreadsheet with the previous ten years’ results, chewed on a little and examined for potential messages in the tea leaves at the bottom of the Scottsdale cup. Looking back over the last decade of Scottsdale auctions 2018 […] 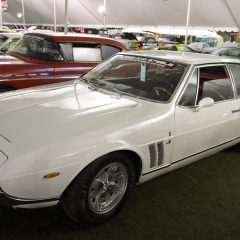 Russo and Steele in 2017 made a long-awaited move some five years in the making to the Salt River Fields adjacent to the Loop 101 highway. It was vastly successful, with room for more cars, better access, excellent visibility and largely free of the scrub brush and prickly things that made the area surrounding the […]