By now it’s pretty well-known that the collector car auctions in Monterey were off by nearly a third from last year.

It’s taken some time to get consistent results from the auction companies, then to put them into a coherent presentation that is comparable with prior years.

The week itself was a marathon culminating in multiple sales taking place across the Peninsula, often running simultaneously. There were six auctions and fourteen auction sessions in just four days; five auctions and thirteen sessions were compressed into Thursday, Friday and Saturday.

It made getting up at 4:30 AM on Sunday for Dawn Patrol at the Pebble Beach Concours d’Elegance seem like a relief.

Here are the numbers for the past five years:

That seems like, and is, a precipitous drop in the sale total but it is largely attributable to the absence of mega-dollar cars in 2019.

2018, remember, saw RM sell Ferrari 250 GTO s/n 3413 for $48.4 million. There were only five lots at Monterey this year estimated in 8-figures. Only one of them sold, RM Sotheby’s McLaren F1 (with LM modifications) that brought $19.8 million, and even that is the lowest top transaction for six of the past seven years.

Why this is happening isn’t clear but at least part of the equation is that the owners of 7- and 8-figure cars typically don’t have to sell. They are financially secure and even in an unsettled economic, political and social environment have recourse to strong stock and real estate markets with little incentive to put an expensive car into play when it will probably bring less that it might have two or three years ago.

That event horizon is important, too. It is a challenge to convince owners who have little motivation to sell that market conditions are less than they were some years ago.

Then there is the growing number of high profile collector car auctions vying for the limited number of attention-getting consignments that draw spectators and bidders. Tacking on an exorbitant pre-sale estimate is salve to the feelings of consignors. The effect is obvious.

38 lots at Bonhams, Gooding and RM Sotheby’s were sold on hammer bids of $1 million or more. Only one of them sold over its pre-sale high estimate. 7 sold within the estimate range. The others, 30 lots, sold under their pre-sale low estimate, ample evidence that it is imprudent in 2019 to place much reliance on the auction companies’ estimates.

Of eleven sold transactions on hammer bids of $1 million or more with prior auction appearances seven brought hammer bids less than their prior result. Of the remaining four, three had been restored since changing hands the most recent time rendering reasonable comparison impossible. That leaves one lot, Gooding’s 300SL Gullwing s/n 1980405500780, selling for more than it had before, and that was twelve years ago. 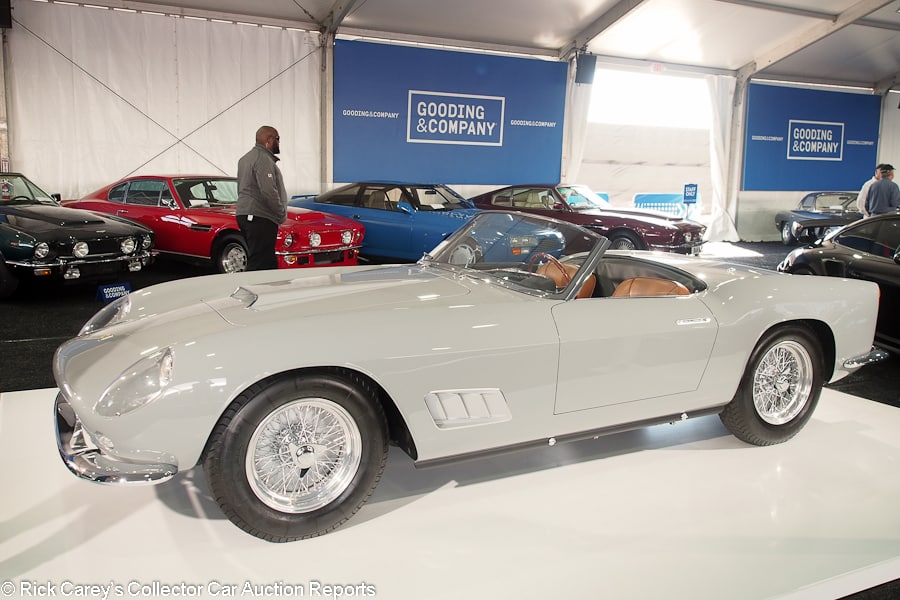 Then, of course, there is the monumental debacle Saturday evening in the RM Sotheby’s sale room during the heralded offering of the Porsche Type 64 (more accurately described as a KdF Wagen Porsche Project 60/10). 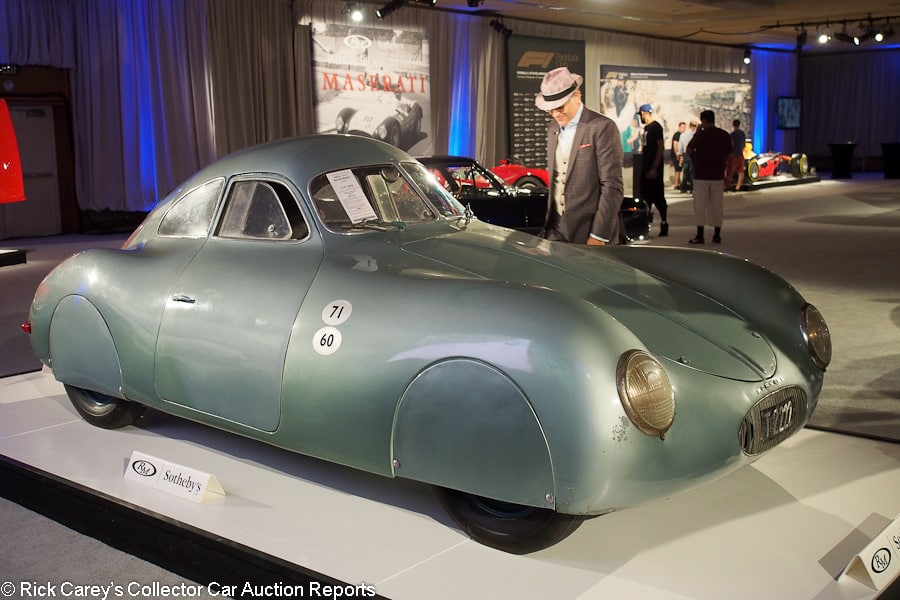 The bid board operator heard Maarten ten Holder say “Fourteen million” and posted $40 million on the board, compounding the error as the real bids, apparent to the bidders and the auctioneer, ratcheted upwards in half-million dollar increments but were posted in multiples of ten million on the board to the delight of a cell phone waving crowd of Porsche-phanatics.

It all came to tears at $70 million when the board was readjusted to the correct $17 million. The air was evacuated from the Convention Center along with a fleeing throng of disappointed Porsche people in an event that can be looked upon as a proxy for the 2019 Monterey auctions: substance proved to be less than anticipation. 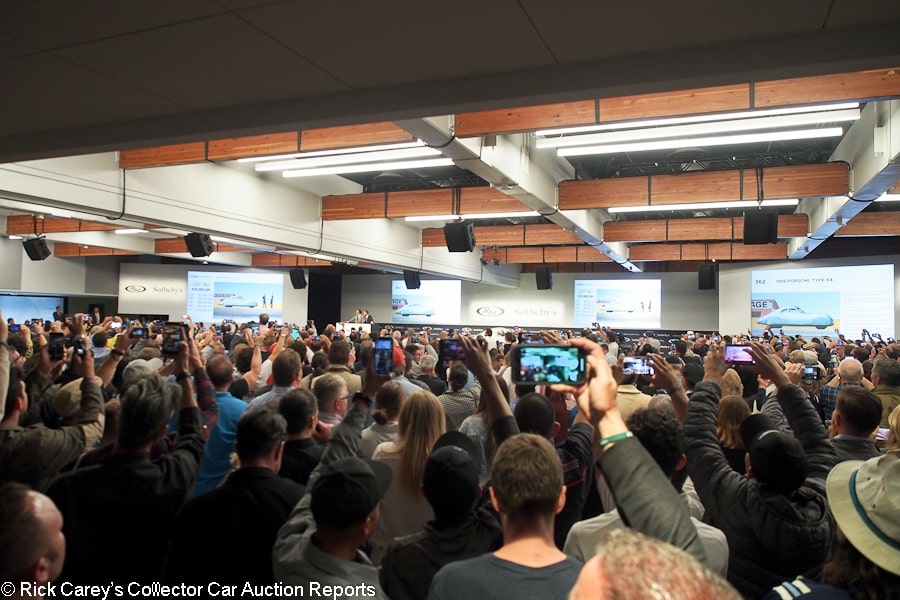 The moment of realization that it wasn’t $70 million at all.

Now that the data is compiled and complete, individual auction observations from several colleagues are arriving and various deadlines have been met, complete auction reports will follow, with apologies for the delays.