On August 4,2018 the Worldwide Auctioneers team led by John Kruse and Rod Egan at the sale of Eldon “Ziggy” and Esta Hostetler’s collection in Shipsewana, Indiana sold a 1952 Hudson Hornet Six Club Coupe for: 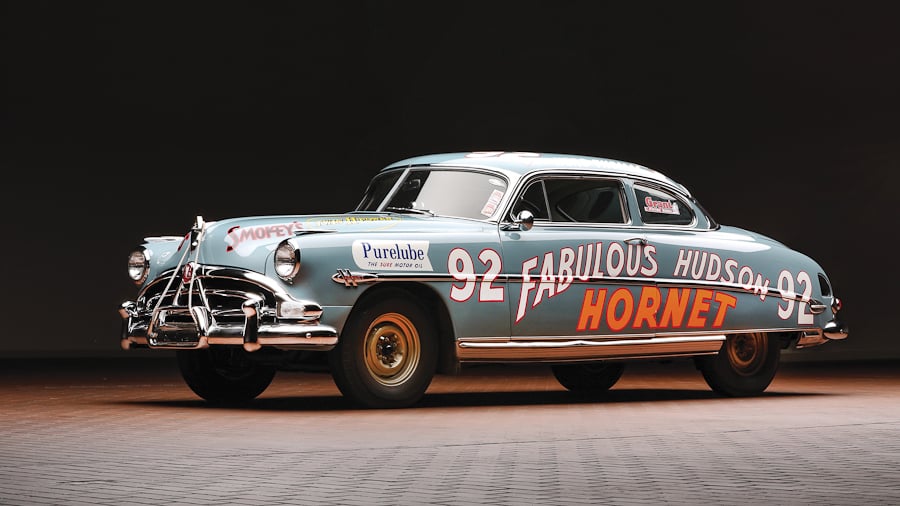 It wasn’t just any ’52 Hudson Hornet Club Coupe, but one sold to 1953 NASCAR Grand National Champion Herb Thomas by the factory on July 29, 1952 for $2.085,55, a 23% discount from the factory price, documented in the original promissory note from Thomas to the factory.

Only nine days before, Thomas had rolled his Hudson at Playland Park in South Bend. He needed a new car and in 1952 the Hudson Hornet was the car to beat in NASCAR.

Pioneered by driver Marshall Teague and wrenched by the emerging legend Smokey Yunick – proprietor of Daytona Beach’s “Best Damn Garage in Town” – the low center of gravity “step-down” Hudson with its integrated body and frame “Monobilt” structure and the surprising performance of the “Twin-H Power” dual carbureted 308 cubic inch side valve Hornet Six engine when prepared by Smokey had no equal in NASCAR’s early days. It put overhead valve V-8 Oldsmobiles in the shade with a combination of power and handling on the crude race tracks of the day. 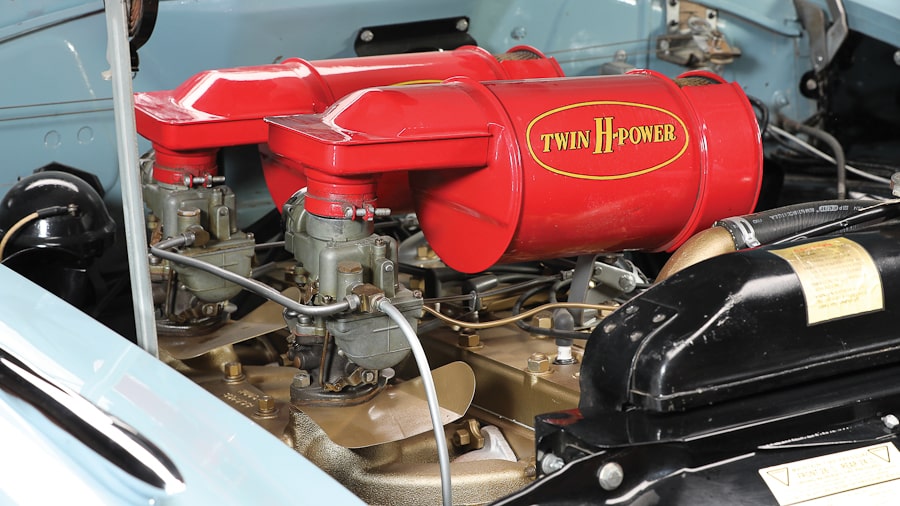 In ’52 Thomas finished second in the year-end points to Tim Flock, also a Hudson driver. In ’53 Thomas took the NASCAR championship, winning a remarkable $28,909.58, probably using this car (updated with some trim bits) to make it look like a ’53 for Hudson’s benefit.

A few modern NASCAR racers have brought half a million dollars on auction blocks. They have been Jeff Gordon/Rick Hendrick cars sold for charity at Barrett-Jackson auctions. Others, with more vintage racing potential than history, bring much less. Even ex-Dale Earnhardt cars (a $275,000 ’04 Monte Carlo SS at Russo and Steele in Scottsdale in 2009 and a $209,000 ’94 Lumina at RM’s Joe’s Garage auction in 2008) struggle to crack $200 Large.

The key here, aside from the Championship-winning history in the hands of a NASCAR Hall of Fame driver, is the car’s survival and its ability to be documented as a direct sale from Hudson to Herb Thomas.

The promissory note carefully hedges that Thomas promised to keep it free of damage, “* except damage incidental to automobile racing.” Hudson’s intent was clear.

In the early days of NASCAR and the Grand National circuit the cars were really stock, bought from dealers’ showroom floors or in deals with manufacturers. Hudson was a pioneer in developing “severe service” and “export” parts that were stronger or improved handling, engine performance and braking. It was hard, tough racing, often on half-mile or less dirt ovals. 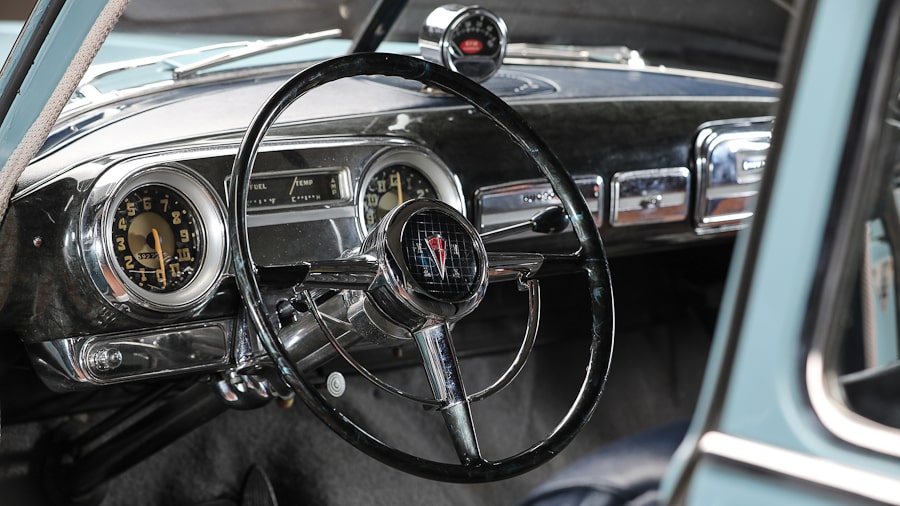 [This is what a “stock” car racer looks like.]

By ’53 Big Bill France had expanded the Grand National circuit across the country. Drivers flat-towed their race cars from coast to coast, not infrequently running two races on a weekend. Winning purses were typically $1,000. Finish 10th and the purse was hot dog money, $25. At the end of a rough season last year’s cars were stripped of usable parts and the hulk left to rust away, having no value.

Not surprisingly the survival of Grand National cars of this era is fluke, making this documented ex-Herb Thomas “Fabulous Hudson Hornet” a rare outlier.

In 1955 Thomas took to a Buick in a season that was dominated by the Chrysler 300s of Carl Kiekhaefer’s Mercury Outboards team. Herb Thomas’s “Fabulous Hudson Hornet” disappeared only to resurface in 1970 when the then-owner in Tennessee contacted Hudson stalwart Jack C. Miller in Ypsilanti, Michigan for some brake parts. They didn’t fit, disclosing the presence of severe usage brakes.

Miller was able to purchase it ten years later but didn’t begin to strip the paint for another decade. Under layers of paint was the original “92” race number and livery of Herb Thomas’s “Fabulous Hudson Hornet”. Miller had original Hudson files, including the 1952 bill of sale to Herb Thomas with the car’s chassis number.

Selectively restored, it has been displayed at many historic events and shows and is listed in the HVA’s Historic Vehicle Register. 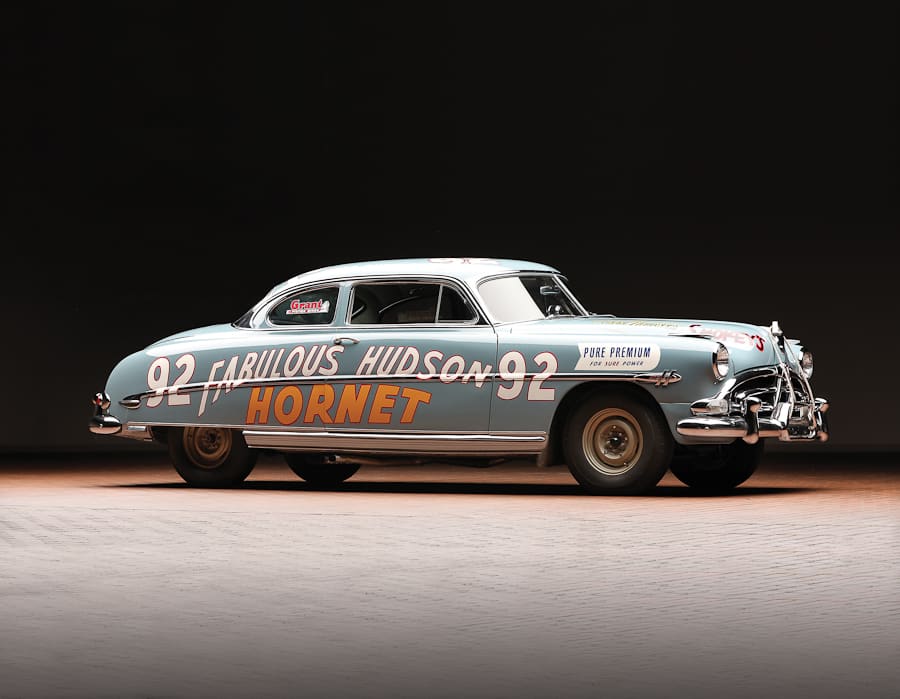 It doesn’t get much better, or more rare.

By date and period competition history it is Historic Mille Miglia eligible, even if it never saw the Brescia starting ramp. It would be informative to see the MM selection committee’s reaction to an entry.

[All images courtesy of Worldwide Auctioneers.]