[Thisdescription appeared in the RM Auctions catalog for the 2001 Monterey Sports CarAuction and is used with permission. ©2001 RM Auctions, Inc and R. S. Carey]

Buildingracing cars for customers was Maserati’s business, like Cooper, Lotus, Gordini,OSCA and Abarth,. Even as the factory campaigned the legendary 250F Grand Prixand the 300S sports cars, it was kept commercially afloat by the real businessof selling these cars, and others, to private entrants. Being practical (if notparticularly good) businessmen Maserati saw the successful 250F as the basis forother cars to meet competitors’ needs in various classes. At the time racingcategories were simply defined by engine displacement and Maserati responded tothe market with a variety of models.

The6-cylinder 2-liter A6G Maseratis had proved their performance and theirreliability both as sports and formula racers but Maserati recognized theirpre-war roots would soon render them obsolete. Ferrari was enjoying success withhis Lampredi-designed 4-cylinder cars; Maserati had in its history one of themost successful 4-cylinder designs on record, the supercharged 1½ liter 4CL.One went on the Maserati dyno, naturally aspirated, and demonstrated that asmall displacement 4-cylinder was capable of being competitive. Maseraticommenced development of such an engine, incorporating current design elements.Combined with a chassis derived from the 250F and an envelope body like that ofthe final A6GCS, Maserati had a 1½ liter sports car.

Thealloy 150S engine was an all-new design using dual overhead camshafts driven bya gear train at the front of the engine that also provided takeoffs for the dualignition’s magnetos, dry sump lubrication and water pump. Two valves percylinder were actuated by roller cam followers and hairpin springs. The 4CL hadbeen a “square” design with equal bore and stroke but Maserati’s newsports car engine was designed “oversquare” with dimensions of 81 x72mm, allowing it to rev higher and making room for larger valves that theforced induction 4CL hadn’t needed. The frame was a typically robust Maseraticonstruction of large oval main tubes supplemented by smaller tubes to supportthe body and mechanicals. Front suspension was by A-arms, lever shocks and coilsprings. A live rear axle was tried, found wanting and rejected in favor of asliding pivot deDion axle with transverse leaf spring and lever shocks. It wasnothing radical, just sound and well executed Maserati practice capable of beingcompetitively maintained by customers’ mechanics. The 150S’s full envelope2-seat bodies were scale models of Maserati’s premier 300S sports cars, nodoubt adding to the small cars’ appeal since the 300S is regarded as one ofthe most functionally beautiful sports-racers ever built.

Racersknow, “if it looks right, it is right,” and nothing demonstrates thetruth of that aphorism better than the mid-Fifties Maserati sports-racers.

The150S was successful in its first outing, the 1955 Nürburgring 500km race wherePorsche stalwart Jean Behra recognized its potential and realized it with aqualifying time 2.3 seconds clear of the nearest competitor. Behra went on towin the race itself by some two minutes over von Frankenberg’s Porsche 550Spyder. The 150S continued to acquit itself well against increasingly toughcompetition from Porsche, Lotus and Cooper but Maserati recognized a variantwould add a new market in the 2-liter class where the A6GCS was now increasinglyuncompetitive. The 200S, perhaps Maserati’s most successful small displacementrace car, was born from that commercial opportunity. 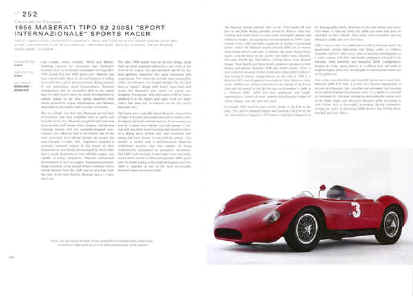 Whilethe engine was basically the same as the 150S, now with 60mm main bearings and92 x 75mm bore and stroke, the 200S took advantage of its larger bore size toadd bigger valves breathing through larger 45mm Weber carburetors which allowedit to generate some 186hp. The chassis was indistinguishable from the 150S.Bodywork evolved with Maserati’s experience with the 300S and 450S butremained lithe and elemental.

The caroffered here is the first 200S, chassis number 2401, used as the Maseratifactory’s test and development car for over a year and one of the mostimportant Maseratis built. 2401 made the 200S’s first competitive outing atthe 1955 Imola Sports Car GP where it was crashed by Bracco. Along with another200S entered by Tony Parravano it appeared in the 1955 Targa Florio driven byBracco and Bordoni but Bracco again crashed the car, this time both in practiceand in the race. 2401 continued to be used as the factory’s development car bytest drivers Luigi Bellucci and Giuseppe Musso (younger brother of GP driverLuigi Musso) which produced the ultimate specification 200SI (SportInternazionale) in 1956 with uprated engine, 5-speed gearbox, longer nose,larger brakes, FIA-spec full windscreen and folding top. With its sleek shapethe 200SI is perhaps the most charismatic, effective and beautiful Maseratisports-racer ever built.

2401was, in fact, configured as a 200SI, probably the first of the series, when itscertificate of origin was issued April 26, 1956. These were superb customer racecars, strongly built, quick, powerful and inherently good handling. Theircapability is demonstrated by the caliber of their drivers and team owners,recognized names such as Lance Reventlow, Carroll Shelby, Jim Hall, John Fitch,Jim Kimberley, Jo Bonnier, Giorgio Scarlatti. Important victories includeScarlatti’s class win in the 1956 Mille Miglia and Willy Daetwyler’s 1957European Mountain Championship. The 200S engine was further enlarged to 2½liters in 1958 to create the 250S, of which only four were built by Maseratialthough many 200S engines were increased to 2½ liters by their owners. The 2½liter engine itself went on to power many Grand Prix chassis with some success. 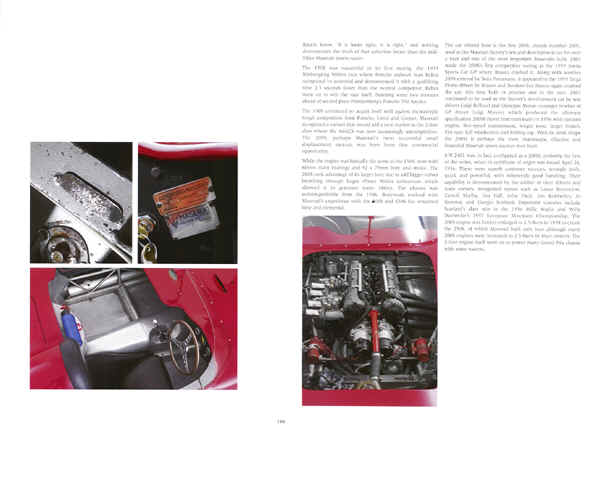 TheMaserati factory entered 2401 in the 1956 Naples GP and later in the MilleMiglia, probably driven by Bellucci who was running well until forced to retirewith thoroughly soaked and ineffective brakes, an experience not uncommon in1956’s rain-soaked event. 2401 probably competed in further Continentalevents, where the Maserati factory entered 200S cars at various times whendrivers and time to prepare the small displacement racers could be found in thefactory race shop’s busy schedule. Top rank drivers like Jean Behra, StirlingMoss, Juan Manuel Fangio, Piero Taruffi and Harry Schell competed regularly inboth factory and private Maserati 200S and 200SI entries. There is every chancethat some of these luminaries shared 2401’s driver’s seat during its factoryracing history. At the end of 1956 it is believed 2401 was shipped to Venezuelafor Jean Behra to drive in the 1000km race, then sold to a local driver,appearing in a variety of races, possibly including the Cuban GP and at Nassau,over the next few years.

Eventually2401 found its way to Chris Drake in the U.K. in the early ‘70s, then toMaserati fancier and historian Joel Finn in the US. Finn sold it to Japan in1979 where it has been displayed in the Kawaguchiko Motor Museum for the pasttwenty-two years. Only some 33 Maserati 200S and 200SI cars were built they arecherished by their owners and rarely come on the market, even less often atpublic sale. 2401 is one of only four 200S chassis built by Maserati itself, theproduction chassis fabrication being sublet to Gilberto Colombo (GILCO). Afterover a year of extensive development as a works race car, 2401 was finallyconfigured and sold in the ultimate, powerful and most beautiful 200SIconfiguration. Despite its works racing history it is offered here, still withits original engine, after over two decades’ careful preservation out of thepublic eye.

One ofthe most desirable and beautiful sports-racers ever built, Maserati 200SI S/N2401 is a once in a lifetime opportunity to acquire an important, fast,tractable and extremely rare example of the fabled Maserati factory’s bestwork. It is eligible for, and will be welcomed by, the most prestigious andenjoyable events such as the Mille Miglia and Monterey Historics while providingits new owner with a thoroughly rewarding driving experience, joining the ranksof discerning 200SI drivers like Stirling Moss, Jim Hall and Jean Behra.

Clickhere to return to the CatalogDescriptions index page.