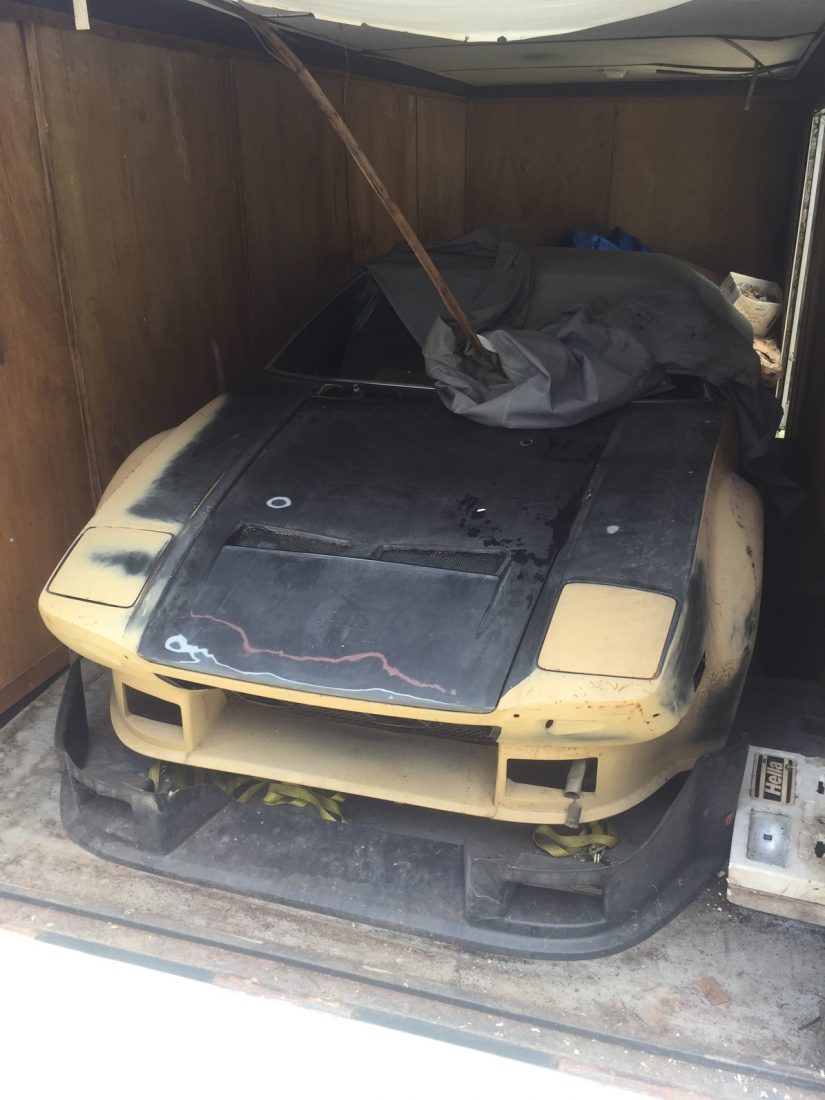 Bob Fleischmann was a superb body man, mechanic and auto painter. He was also my friend.

Originally from Montana, Bob and his wife Jean moved from Washington state to Portsmouth, New Hampshire with the Air Force where Bob was computer programmer (back when you wrote code, not filled in blanks, which says something about Bob’s methodical approach.)

He set up a small shop on Bow Street in Portsmouth, “Bob’s Bow Street Garage”, to feed his automobile appetite, eventually growing to a larger shop in an old building on Hanover Street.

I met him there in the mid-70’s when he restored the body of my rusted ’67 Alfa GTV. We hung out on and off for years thereafter.

In 1980 we did the U.S. Express, successor to the Cannon Ball Baker Sea-to-Shining-Sea Memorial Trophy Dash, in Bob’s Pantera. 42 hours 57 minutes put us at the bottom of the running order, but we finished with our heads held high and only one ticket to our credit thanks to our Whistler radar detector.

Eventually Bob built a big, new, up-to-date body shop on Peverly Hill Road in Portsmouth. He was proud of the downdraft paint booth and of having one of the first frame machines in the area. It was in the forefront of modern collision repair facilities: clean, orderly, organized and efficient. Several years ago he got an offer he couldn’t refuse and sold the shop, but harbored the idea of starting over in the enthusiast sense of Bob’s Bow Street Garage where he could do some work for sympathetic customers and finish his many projects.

It never came to fruition.

After a period of low vitality Bob was diagnosed with an obscure cancer, went through extensive treatment and died in September 2016. To the end he maintained he’d recover and finish the projects he had stashed away, a conceit many of us exhibit.

Now his wife, Jean, has a bunch of semi-finished project and aged vehicles that Bob had squirreled away over four decades. She’s incurring an ongoing monthly bill for the storage space. We’re trying to get her out from under the vehicles and the rent with a No Reserve auction on August 12.

Most of Bob’s cars haven’t run in years. Some have no drivelines at all. Several are partially finished, with quality bodywork even if there is no drivetrain.

And there is the Pantera. I’ll let its description linger ‘til later.

We’ll auction Bob’s Cars Saturday August 12 at 11AM on-site in Portsmouth, NH with on-site viewing the day before on Friday August 11.

Bob’s Cars are projects. They’re being sold as is, where is, with all faults, all of them on bills of sale without titles [NH is a non-title state for vehicles 1999 and older.] Brief descriptions and some murky photos follow which we’ll update as we move them around and can get at them. You can see [bad] photos and brief descriptions of them here https://rickcarey.com/bobs-cars/the-cars-of-bob/.

Photos will be updated when they have been moved around a little.