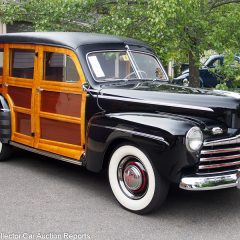 Mike Dingman was a Captain of Industry who had a special place in his collecting heart for advertising signs – especially neon – and flathead Fords. He was the Chairman of Wheelabrator Frye, one of the most consequential conglomerates of the 1970’s which became Signal Group, later Chairman of Henley Group, another conglomerate spun out […]